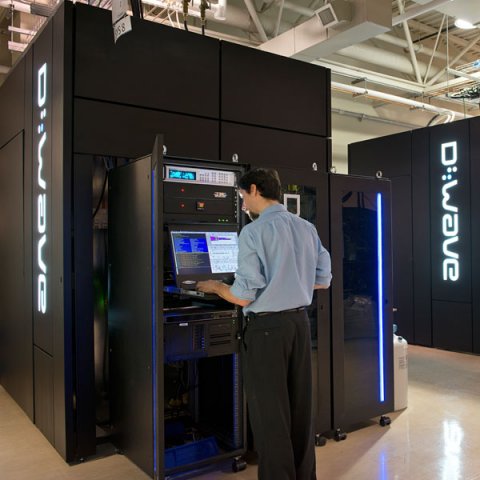 Burnaby, BC – September 27, 2016 – D-Wave Systems Inc., the world’s first quantum computing company, today announced details of its most advanced quantum computing system, featuring a new 2000-qubit processor. The announcement is being made at the company’s inaugural users group conference in Santa Fe, New Mexico. The new processor doubles the number of qubits over the previous generation D-Wave 2X™ system, enabling larger problems to be solved and extending D-Wave’s significant lead over all quantum computing competitors. The new system also introduces control features that allow users to tune the quantum computational process to solve problems faster and find more diverse solutions when they exist. In early tests these new features have yielded performance improvements of up to 1000 times over the D-Wave 2X system.

“As the only company to have developed and commercialized a scalable quantum computer, we’re continuing our record of rapid increases in the power of our systems, now up to 2000 qubits.  Our growing user base provides real world experience that helps us design features and capabilities that provide quantifiable benefits,” said Jeremy Hilton, senior vice president, Systems at D-Wave. “A good example of this is giving users the ability to tune the quantum algorithm to improve application performance.”

“Our focus is on delivering quantum technology for customers in the real world,” said Vern Brownell, D-Wave’s CEO. “As we scale our processors, we’re adding features and capabilities that give users new ways to solve problems. These new features can enable machine learning applications that we believe are not available on classical systems. We are also developing software tools and training the first generation of quantum programmers, which will push forward the development of practical commercial applications for quantum systems.”